Hello! The 2016 English Football season finished yesterday and for the fans of Leicester City, the Foxes, it was the last day of an astonishing year’s play. It feels as though the whole world knows the tale now but for citizens of Leicester and especially the team’s fans, we don’t tire of it! The team was facing relegation from the Premier League and from the bottom of the table, began to win matches. They managed to stay up. The start of the 2015-16 season saw them win and win and win and keep on winning until they secured the title of Premier League Champions for the first time in their 132 year history. (I’m astounded to think that Picasso was 3 years old when Leicester City Football Club began!) I haven’t been a fan quite as long as that but let’s say this… my uncle gave me my first football scarf – a little blue and white one – when I was 6 years old and I still have it many years later. My uncle is nearing his 88th birthday and is thrilled to bits by the team’s achievement as is the whole family and the City of Leicester. Tonight there will be the BIGGEST party in the city and the atmosphere is fantastic!  Here are my first impressions of this phenomenal team and their wonderful fans -Definitely more to come! 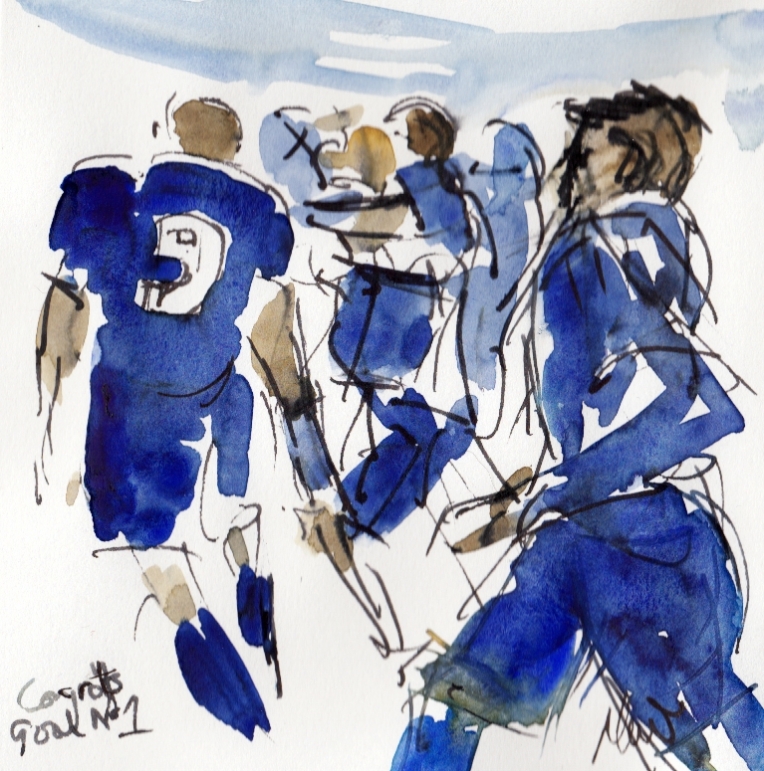 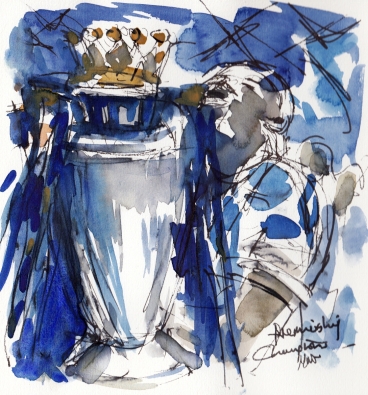 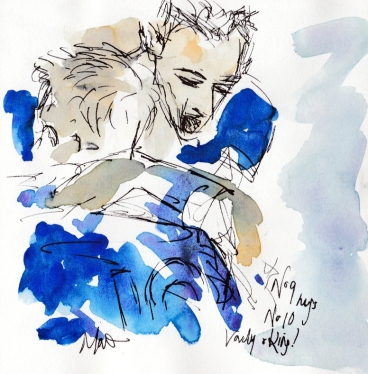 Vardy and King – what a goal! 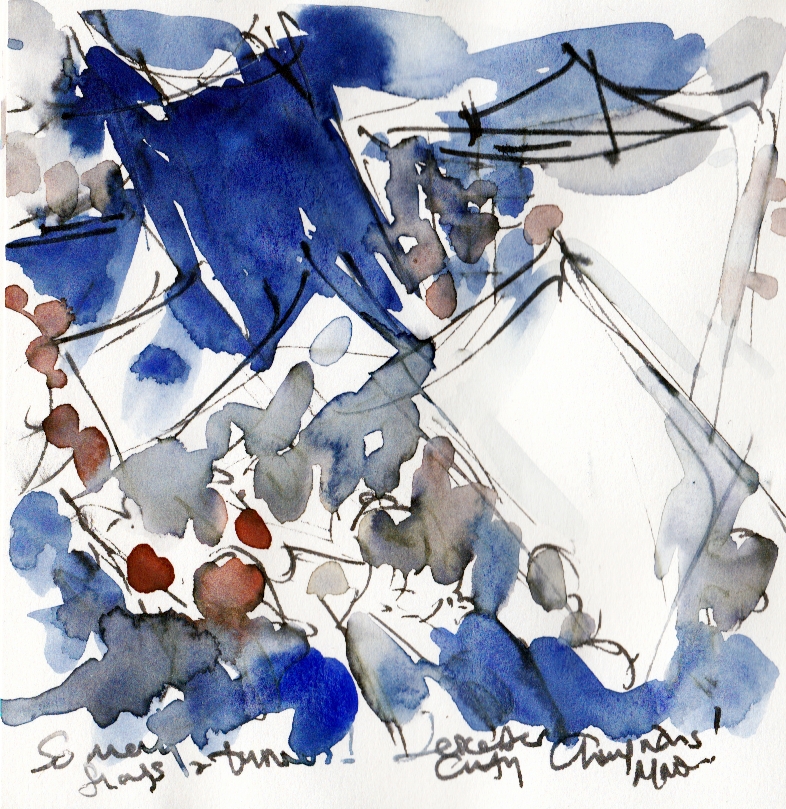 So many flags and banners!