Hola! Here’s my next piece based on this year’s Vuelta – another from Stage 1, this time a study of Rohan Dennis waiting to start his time trial. He rode a phenomenal stage – he is a gifted time triallist, along with his team, BMC.  The picture shows him calmly waiting to go, but I wanted to convey the anticipation by using strong lines – I like the contrast and feel this would work up into a bigger piece perhaps – that’s for another time but here he is… waiting. 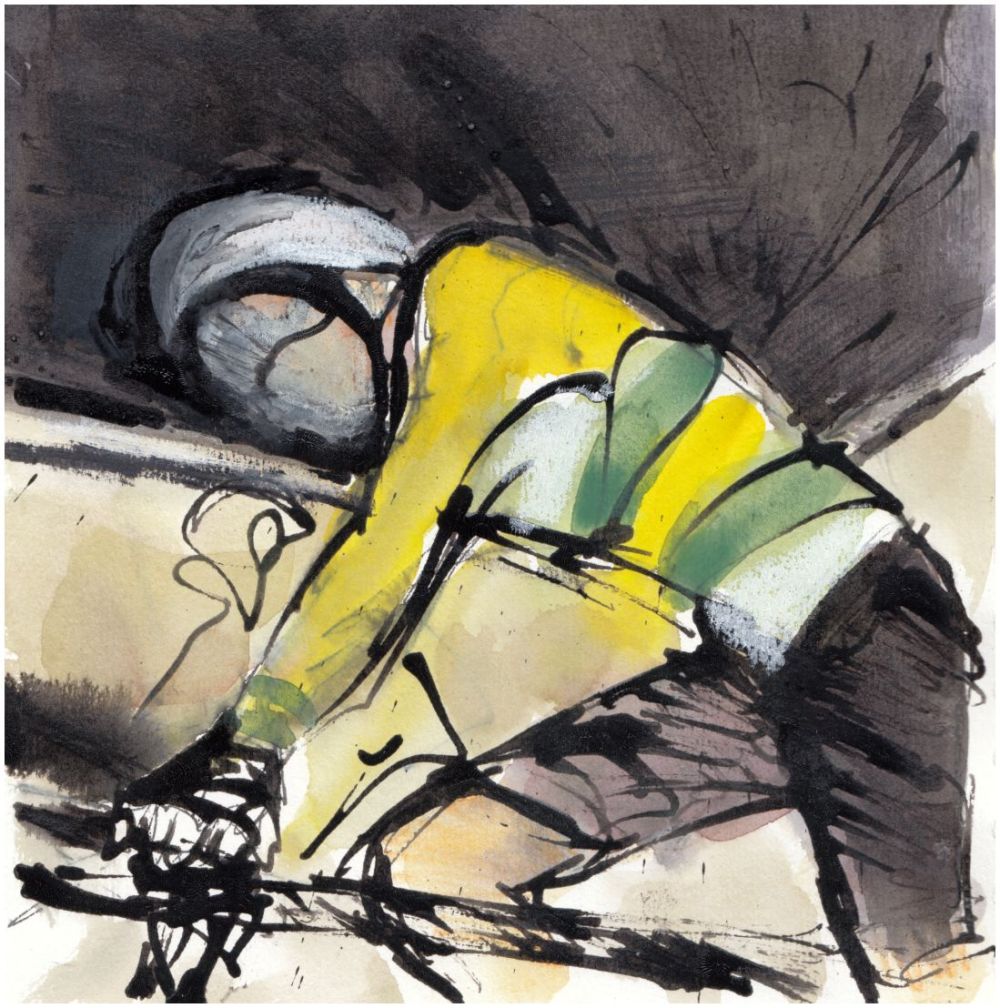