Hello! The Olympic Games began in Tokyo last weekend – I confess that I have just been watching so far – taking it all in and resting after the work around the Tour de France.

For the first few days, it almost feels like a bombardment of sport, I rather enjoy the first week, because there is so much variety to see and enjoy. I like the different locations both indoor and outside and it’s these early events that give the viewer at home a feel for the location and how these special games are going to be.

So having taken a breath, I found that I soon wanted to start making pictures so I will post selected things that catch my eye and interest – from the point of view of making art and not necessarily illustrating performances.

Here is the first of these images – which I loved making – The challenge was the men’s gymnastic team event, where one discipline is followed by another so quickly. I made the pictures with several sketchbooks and papers on the go at the same time and moved between them – It was great!

This one of the vault discipline – which was just exhilarating! Lovely to watch and lovely to make – it’s a return to a more abstract approach, which I like. I used the fan brush to indicate the twists and turns as he flew through the air and the watercolour paint helped the image by flowing just beautifully – sometimes, it feels as though I’m there as a bystander almost, just guiding the paint and letting it do its ‘thing’! 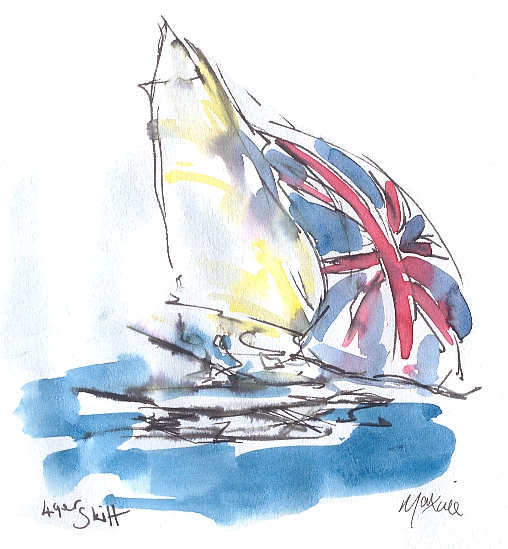 Another great day of sporting excellence. No medals for Team GB but still wonderful performances by all athletes. Drawing so many sports makes for a different challenge from following one. For example with diving, I had to show the progress of the dive in the one drawing. It is two views of the same dive. Here are a few impressions some of the day’s incredible variety of sport. 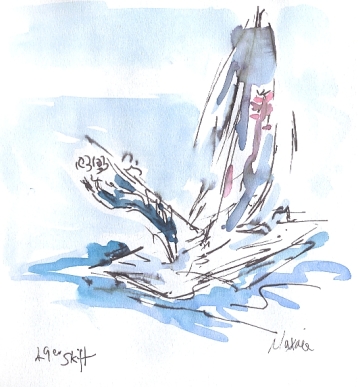 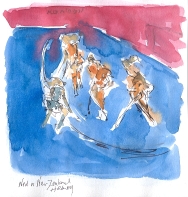 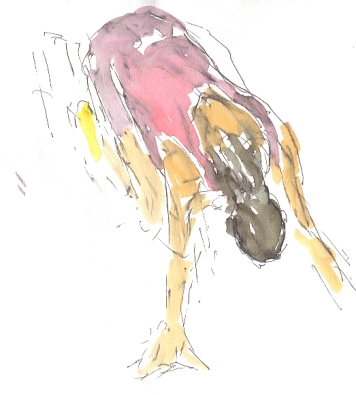 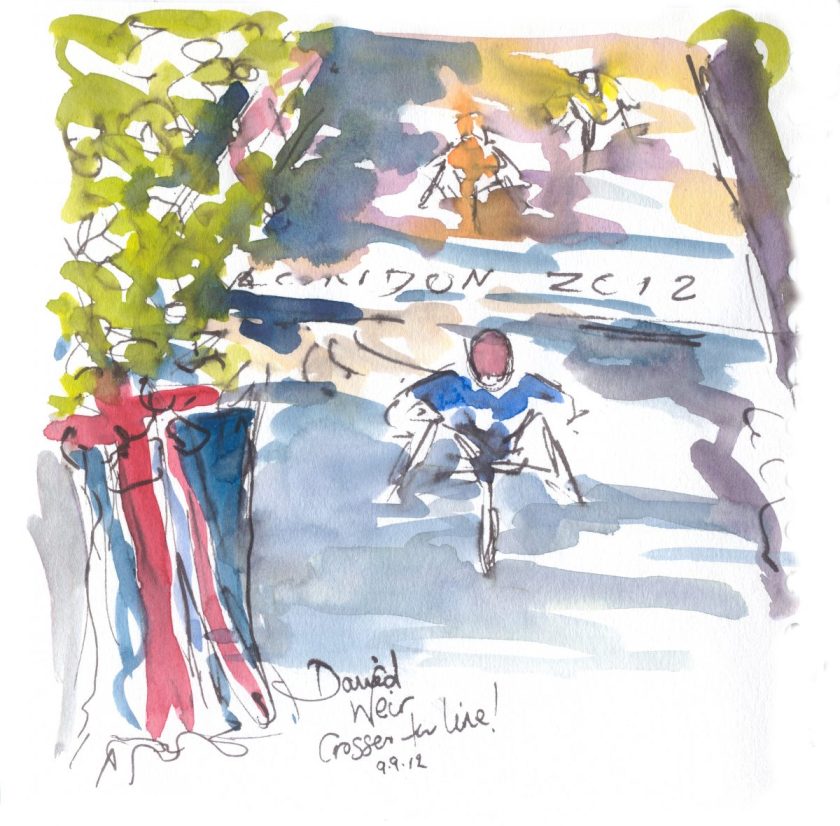 But what a party?  The Olympic Games has been wonderful so far – a delight. I’ve been drawing on and off since the Games started, but a bit late posting to say the least! I hope better late than never. There’s so much happening, it’s impossible to cover it all but I will do what I can. Here are some drawings to start with from an amazing few days in London. 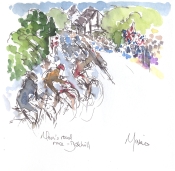